On June 21, relatives of jailed human rights activist and blogger Alaa Abdel Fattah were assaulted outside of the Tora Prison complex, where he is currently detained. Abdel Fattah was recently on hunger strike, but little is known about his current condition.

Abdel Fattah’s mother and two sisters were at the front of the prison gate when a group described by one of his sisters as “women thugs” physically attacked and robbed them. According to family members, police who were present at the scene “stood and watched.”

For over a day, the three women had been waiting in front of the notorious prison in hopes of receiving any messages from Abdel Fattah or information regarding him. The 38-year-old blogger was a leading activist in 2011 and spent almost four years in prison between 2015 and 2019. In September of last year, six months after his release, he was detained again amidst a wave of politically motivated arrests. 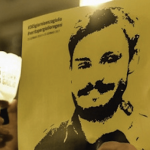 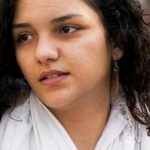