Imprisoned activist Alaa Abd El Fattah has ended a more than one-month hunger strike he had launched after he and other defendants were prevented from attending detention renewal hearings due to coronavirus restrictions.

On Monday, prison authorities passed a handwritten letter from Abd El Fattah to his mother and sister who were outside the Tora Prison complex trying to get hygienic and medical supplies into the prison, as they have done on a near-daily basis for the past month.

In the letter addressed to his mother, Laila Soueif, Abd El Fattah wrote that he was ending his hunger strike after learning that his remand detention had been renewed by a judge. “It’s back in the judiciary’s hands and we can move ahead with procedures through lawyers which I think is enough for me to suspend the strike, especially since I don’t want you to spend Eid worried about me,” Abd El Fattah wrote. “I am well and I will suspend [the strike] according to a dietary system set by a specialized doctor.” 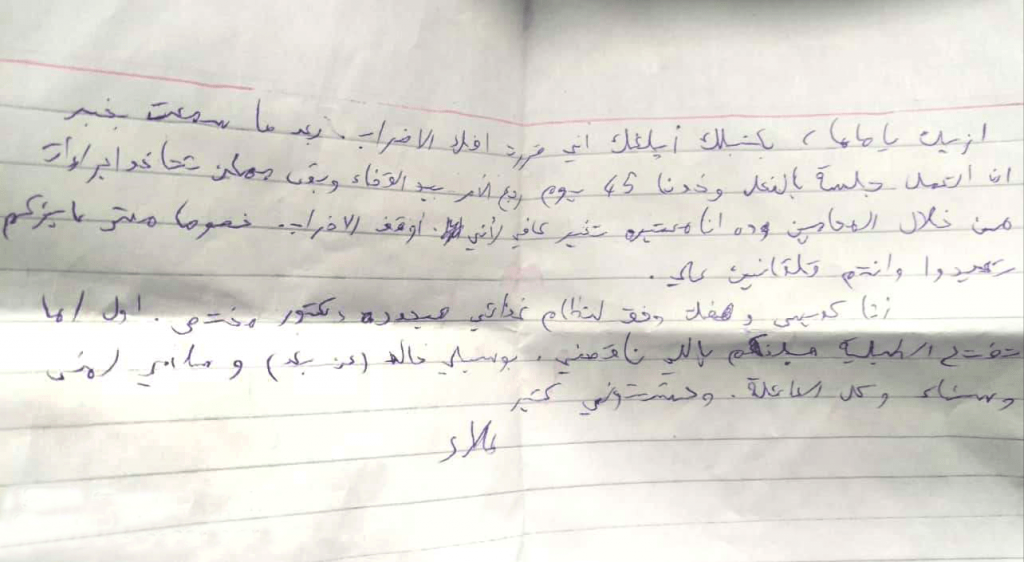 Abd El Fattah had been on hunger strike for a total of 36 days consuming only water, rehydration salts and herbal drinks without sugar, however his family cannot confirm prison authorities provided him with either the rehydration salts or herbal drinks. The Interior Ministry cancelled all prison visits on March 10 and while Abd El Fattah’s family has been unable to communicate with him for over two months, on April 28 they were permitted to view an official report sent from the prison to the prosecutor’s office. In it, Abd El Fattah announced he was on hunger strike to protest his continued imprisonment after his 45-day detention period ended without him having attended a hearing to review his detention. “I call for my immediate release as my detention order ceases to apply,” he stated, according to the report.

Over the past few weeks, judges have renewed the detention orders for over a thousand prisoners held in remand detention, including Abd El Fattah, even though they and their lawyers have been prevented from attending the court sessions.

Abd El Fattah’s mother and sister, Mona Seif, have gone to Tora nearly every day for the past month with supplies — including vitamins, herbal beverages, rehydration solution, disinfectants and hygienic materials — yet prison authorities have repeatedly refused to allow any items inside. They left the prison complex on Monday after receiving the letter.

On Sunday, Mada Masr Editor-in-chief Lina Attalah was arrested while she was interviewing Soueif outside the prison. She was charged with “filming a military facility [Tora Prison] without obtaining a license from the competent authorities” in Case 8009/2020 and was released on bail of LE 2,000 on Sunday night.

Abd El Fattah has been held inside Maximum Security Wing 2 of the Tora prison complex since September, when national security agents arrested him from the Dokki police station where he was forced to spend 12 hours every night as part of a five-year probationary sentence. He has been held in remand detention ever since. Over the course of his imprisonment, Abd El Fattah has been denied access to fresh air, exercise, books or newspapers. His family has filed repeated legal complaints in an attempt to force prison authorities to adhere to the prison’s own bylaws. 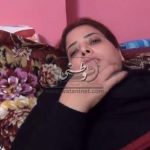 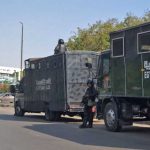