We write as an informal group of 63 organizations and individuals who are scholars, religious and secular leaders, human rights advocates and practitioners who have joined our voices to respectfully urge you to speak out for Mr. Ramy Kamel, a prominent Coptic Christian activist. Kamel has been the primary source of information for NGOs and individuals around the world working to improve religious freedom in Egypt.

Kamel has reported objectively on mistreatment of Copts in Egypt, documenting rights abuses and advocating for those who have been displaced from their homes due to faith-based persecution.

Mr. Kamel was invited to participate in a UN forum (November 28th and 29th) titled Education, Language, and the Human Rights of Minorities as a leading advocate and as an individual who met and collaborated with the UN Special Rapporteur on adequate housing, Leilani Fahra, when she visited Egypt in September 2018.

On November 23rd, Mr. Kamel was arrested under the cover of dark, around 1:30AM. He was beaten and interrogated without legal representation at the Supreme State Security Prosecution in Cairo’s Fifth Settlement neighborhood.

Just 18 days earlier, he was arrested, transferred in an armored vehicle to National Security headquarters in Nasr City, and severely beaten and tortured. He was interrogated without legal representation in an effort to compel him to reveal his research sources, and likely to intimidate him prior to participating at the UN Forum.

Rights groups almost universally agree that Kamel’s arrest is a direct effort by the Egyptian government to punish and silence him for documenting and publicizing human rights abuses against Coptic Christians. In 2011, Kamel founded the Maspero Youth Union after the infamous Maspero Massacre in which 27 Copts were killed by the Egyptian military while peacefully protesting a church closure.

The Special Rapporteurs and Working Groups, which compose the Special Procedures of the Human Rights Council, issued a statement urging Kamel’s release stating:

“We urge the authorities to comply with their obligations under international law to
provide effective remedies to victims. Egypt must immediately free Mr. Kamel, lift all charges against him, and conduct effective investigations to ensure that those responsible for the violations, including any act of torture, or other cruel, inhuman or degrading treatment or punishment, are prosecuted and punished.”

Without credible proof, Mr. Kamel was charged by the State Security Prosecution with disturbing the public peace through the misuse of social media and spreading false news, and with joining and financing a terrorist group. He denied all these charges.

Mr. Kamel’s detention has been automatically renewed at each of his hearings without cause. This flagrant violation of justice adds weight to the international media reports about the Egyptian government’s widespread crackdown against human rights advocates and opinion-writers within Egypt.

Mr. Kamel’s case is another example that validates other numerous claims of torture by National Security. It is imperative that all government officials and security personnel involved in such unlawful torture and interrogation without legal representation be brought to justice.

Kamel is reportedly suffering from severe respiratory distress. Given the recent death of American/Egyptian dual citizen, Moustafa Kassem, while imprisoned in Egypt, and the credible reports of Egyptian prisoners being denied medical attention, Kamel should receive urgent medical care.

The United States can and should maintain a strong relationship with Egypt, while simultaneously advocating its values of human dignity and religious freedom. Considering Egypt is the 2nd largest recipient of US foreign aid, Members of Congress should be forcefully advocating for Kamel’s immediate release.

Please take urgent action by contacting the Egyptian government and ask for immediate protection of Mr. Kamel from mistreatment, the provision of medical attention, and the termination of all charges against him in Case no. 1475 of 2019. 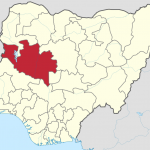 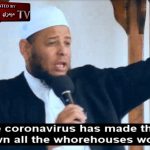 Egyptian Islamic Preacher Mohammed Al-Hefnawi Al-Ansari: May Allah Use This Virus To Annihilate The Infidels And Shi’itesNews & Reports