Many of the recommendations concerned prison conditions, violations against civil society and discrimination against women, according to Mohamed Zaree, the head of the Cairo Institute for Human Rights Studies office in Egypt. A member of the institute attended the UN session.

The Universal Periodic Review is a mechanism of the United Nations Human Rights Council aimed at improving human rights practices in each of the 193 UN member states. Under this mechanism, the human rights situation of UN member states is reviewed every five years on a rotating basis. Egypt’s last review was in 2014.

As part of the process, the government of the country under review submits an official report on its rights record. The UN High Commission on Human Rights also submits a report, based on input from local, regional, and international rights organizations. During the review, any member state may direct questions, comments, and recommendations to the country under review.

Of the 193 UN member states, 133 submitted recommendations to the Egyptian delegation, which will have until March 2020 to prepare a response.

For Zaree, the volume and content of the recommendations reflect “the miserable state of the human rights situation in Egypt.”

The government had expected heavy criticism of its rights record, treatment of civil society and criminal justice system, according to an Egyptian official who spoke to Mada Masr on condition of anonymity in the days leading up to the session. The official added that Egypt “was fully prepared” to face the accusations leveled during the UPR.

However, most of this preparation came in the form of diplomatic lobbying to discredit international and local rights organizations critical of Egypt’s practices, alongside a government-orchestrated media campaign to put Egypt’s record in a better light.

A government official in Geneva told Mada Masr last week that the Egyptian delegation was lobbying a number of countries to soften their criticism of Egypt’s rights record in exchange for “political and other” incentives and was asking states to consider their existing bilateral relationships with Egypt.

Egyptian diplomatic missions over the last few weeks have strongly promoted Egypt’s position on human rights, particularly to countries expected to be harshly critical of its rights record, the Geneva source added. Cairo had received assurances from a number of countries in this regard, according to the source, but Cairo did not receive any promises from countries like the United Kingdom, which was one of the rapporteurs attending last week’s session. Germany — whose foreign minister, Heiko Maas, recently met with President Abdel Fattah al-Sisi in Cairo and expressed hope that Egypt’s human rights situation would improve — did not provide any reassurances to Egyptian diplomats, either.

“There is a significant campaign being carried out by human rights figures and organizations in Egypt and abroad to exaggerate human rights violations,” the Egyptian official told Mada Masr. “We do not deny that some violations do occur, and we will tell the council this, but it’s not to the extent that some are making it out to be.”

Last week, days ahead of the review, the government organized a highly staged tour for foreign journalists of the notorious Tora Prison Complex, which houses many political prisoners and is known for stories of abuse and harsh conditions.

According to a journalist working for a foreign media outlet, the group was shown an exhibit of handicrafts produced by Tora prisoners, including furniture, pillows and other goods. The prison tour also included an animal farm inside the complex with cows and ostriches, a workshop for metal furniture, a newly painted ward in the prison hospital, and a football match between prisoners.

The journalist who took part in the tour told Mada Masr that he was repeatedly prevented from talking directly to prisoners and that the tour group was not shown any actual cells or places of detention inside the prison. A press conference was held at the end of the tour in which reporters were prevented from asking any questions. Instead, statements were made by Major General Hisham Yahya, the deputy interior minister for human rights, and Major General Alaa Al-Ahmadi, the deputy interior minister for public relations and information.

In the wake of the review, the press blitz continued.

Omar Marwan, the head of Egypt’s delegation to the UPR and minister for parliamentary affairs, told the state-run Middle East News Agency that the “review of Egypt’s official report” by other UN member states was positive, which is evidence, he added, of “the awareness of [Egypt’s] efforts and achievements in supporting, fostering and protecting human rights in Egypt over the past five years.”

Marwan said that Egypt’s delegation was briefed on the recommendations raised by the members of the council and that they will be carefully assessed with the relevant entities in Egypt, but in light of “national factors available possibilities and the surrounding circumstances.”

However, Zaree told Mada Masr that the Egyptian delegation showed an unwillingness to take responsibility in the face of criticism.

The Egyptian delegation demonstrated a “tremendous ability to distort the facts,” Zaree said, adding that the government did not acknowledge the existence of problems or seem willing to solve them. `

The Egyptian delegation spoke of the merits of Egypt’s Constitution and laws, Zaree said, without any reference to the actual rights practices on the ground. At one point while presenting its official review, the Egyptian delegation claimed that Egypt has achieved progress in the area of freedom of belief and expression, based on the fact that it issued new press laws and the formation of the Supreme Media Regulatory Council, the National Press Authority and National Broadcasting Authority, even though that legislation has been criticized as draconian and the Supreme Media Regulatory Council has blocked media websites and curtailed press freedom.

Egypt’s delegation also highlighted its commitment to international agreements by citing the 2015 anti-terrorism law, Zaree added, despite the fact that terrorism charges are levied widely to supress political agency and criticism of the state. Egypt’s official report also lauded what it described as the improvement in women’s rights compared to the period of Muslim Brotherhood rule, according to Zaree. However, it failed to mention the detention of prominent activists, such as Esraa Abdel Fattah, who was arrested from her car and tortured, and the lawyer Mahienour al-Masry, whom eyewitnesses say was pulled into a microbus by police while following up on people arrested during the September protests.

At one point during the session, Marwan pressed the UN council to acknowledge the amendment to Egypt’s protest law “to allow protests with prior notice,” according to Zaree.

Egypt’s review this year comes in the wake of the largest arrest campaign in the country since Sisi formally took power in 2014, with over 4,000 people detained, hundreds of whom were subsequently released. Prominent activists, lawyers, university professors and opposition party figures are among those imprisoned, including Mohamed al-Baqer, the director of the Adalah Center for Rights and Freedoms, who contributed to the preparation of a report compiled by Egyptian rights organizations which is taken into consideration in the UN’s review.

Meanwhile, over 30 prominent figures working on human rights in Egypt have been banned from traveling outside the country for several years. The travel bans were issued by a judge investigating a long-running case against civil society organizations in Egypt involving charges of illegal foreign funding.

In Egypt, penalties proposed for those not wearing decent clothes in public placesNews & Reports 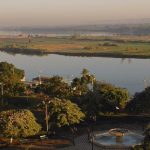