Parliamentary and security sources told Mada Masr that President Abdel Fattah al-Sisi has issued a directive to freeze the operations of Parliament, as the president is unsatisfied with the performance of the legislative body and its speaker.

The directive comes at the start of the fifth and final legislative session of the current parliamentary term, which is set to last until late June 2020.

According to the same sources, Sisi also ordered the National Security Agency to identify political cadres that are acceptable to the public to become members of both the House of Representatives and the recently reestablished Senate — with the rationale being that the General Intelligence Service, which played a direct role in coordinating a pro-Sisi candidate list in the 2015 legislative elections, has failed to deliver a satisfactory parliamentary formation.

During the most recent National Youth Conference, held last month in response to corruption allegations, Sisi expressed his desire to hold elections for local councils and the Senate by early 2020. Local councils were dismantled in 2011, with the last council elections held in 2008, while the Senate chamber is to be reinstated under a set of constitutional amendments passed earlier this year after its previous iteration, the Shura Council, was abolished in the 2014 Constitution because many of the drafting committee members saw it as a vehicle for corruption.

According to a parliamentary source, Sisi issued the orders after he received reports from various security agencies, including the National Security Agency, conveying the dissatisfaction of many state bodies with the performance of Parliament and its speaker.

An MP with close ties to the National Security Agency, who spoke to Mada Masr on condition of anonymity, points out that dissolving the House of Representatives was a suggested option to get rid of House Speaker Ali Abdel Aal, whose statements and views have caused controversy recently, as they are deemed to not be closely following the directives of the presidential authorities. Earlier this year, Abdel Aal faced opposition to his behavior during debate of a housing law.  Moreover, there has been a marked antagonism between Abdel Aal and  leaders of the Nation’s Future Party, who have close ties with sovereign entities, and which currently holds a parliamentary majority.

“Before arrangements for the two new councils are made, the president instructed the National Security Agency to find and choose political cadres that are palatable to the public to become members of the House of Representatives and the Senate, in much the same way that the People’s Assembly and the Shura Council were handled during [Hosni] Mubarak’s rule,” a source in a political party with close ties to the National Security Agency says. The source adds that the presidency decided to put the fate of the upcoming parliamentary elections into the hands of the National Security Agency after its success in engineering the latest public voting saga of the 2019 constitutional amendments that managed to transfer more power to Sisi and the military apparatus.

Additionally, the General Intelligence Service is already preoccupied with numerous responsibilities, and the National Security Agency has significant experience in managing the internal political situation, the source notes.

The source, who spoke to Mada Masr on condition of anonymity, adds that National Security heads have held successive meetings over the last few days with leaders from the Nation’s Future Party and other parties, including Salafi figures from the Nour Party, in order to have the Islamist contingent covered. He also says that the majority of seats in the new upper house have already been reserved for the Nation’s Future Party, while the remaining few seats, including that of the House Speaker, will be allocated later.

Meanwhile, one of the party representatives with whom the National Security Agency has been coordinating local elections in Minya says that the National Security deputy in his governorate told him that General Intelligence is exerting pressure at the moment in order to tighten its control over the seats in both houses of Parliament. The reason is that the General Intelligence Service wants to run a number of intelligence-affiliated retiring army officers as candidates for specific constituencies in certain governorates.

Meanwhile, the Constitution stipulates that a public referendum be held before the president can issue a decree to dissolve parliament. Article 137 of the Constitution obliges the president not to dissolve the parliament except when absolutely necessary, with just cause and following a public referendum. Article 154 also stipulates that the House of Representatives cannot be dissolved while a state of emergency is in force. The current state of emergency began after the Palm Sunday bombings in April 2017 and has been renewed consistently every three months since.

The MP, who occupies a high position in the Support Egypt Coalition, the majority coalition within Parliament, adds that due to the difficulties of procedures to dissolve the parliament, the most appropriate route is to freeze the activities of the current Parliament and terminate its convocation session early — or after the electoral laws for the two chambers are passed this year. The elections for the Senate and the House of Representatives would then be held at the same time to save expenses. Together, the two councils would begin their five-year terms in the new administrative capital, from the first quarter of 2020 through 2025.

A member of Parliament’s General Secretariat confirms that the house speaker received security directives to freeze the activities of Parliament during its last legislative session, which will conclude before the minimum duration of nine months that is specified in the Constitution. The source explains to Mada Masr that those instructions will be implemented by reducing the number of convocation meetings held by Parliament to just one per month, beginning with its first session, which was held Tuesday, until February, when Parliament will stop convening altogether, without being officially dissolved.

The member of Parliament’s General Secretariat believes that the main obstacle currently facing the authorities is not the difficulty of circumventing the constitutional obligations related to dissolving Parliament, nor is it in the selection process of the new members of the parliamentary councils. Rather, it is that the construction of the headquarters for the two councils in the new administrative capital has not been finished yet. He explains that there is still no information on the progress of construction work for the new House of Representatives, which will then be followed by significant interior work. The same holds for the construction of the new Senate headquarters, which was only approved after the constitutional amendments were passed last April.

Yet, according to the state-owned Akhbar al-Youm, parliamentary sources stated that the Senate will hold its first convocation session in the headquarters of the old Shura Council until it can relocate to its new headquarters in the new administrative capital. 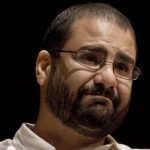 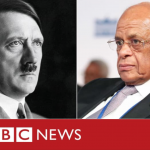