Ahmad Al-Tayyeb, the Sheikh of Al-Azhar, said in a speech he delivered in honor of Laylat Al-Qadr that aired on Channel 1 TV (Egypt) on June 2, 2019 that Muslim scholars and intellectuals have been trying to “expose the falsehood” of Islamophobia for over 15 years to no avail. He said that Islamophobia would not have taken root with Western politicians, journalists, and audiences were it not for the funding allocated to the “support of modern colonialism,” its policy of “hegemony and barbarism,” and its  “pouncing” on the resources of the Arab and Islamic world. He added that no media outlet in the West or the East would dare speak of “Christophobia,” “Judeophobia,” or other similar “phobias.” Egyptian President Abdel Fattah Al-Sisi was also present at the event.

Ahmad Al-Tayyeb: “I’d like to talk about ‘Islamophobia,’ that foundling of a word. Muslim scholars and intellectuals have been laboring to refute it and to expose its falsehood for more than 15 years. They have been doing so through conventions and conferences, through scientific and critical papers, and through interfaith and cultural dialogues. They have had no significant result in curbing the Western media machine and in deterring it from planting hatred for Islam in the hearts and minds of the European and American people.

“This word, which means generating fear of Islam, would not have taken root with Western politicians and journalists, and then with the consciousness of the masses in the West, if not for the vast funding allocated to the support of modern colonialism and its policy of hegemony and barbarism, and it’s pouncing – once again – on the resources of the Arab and Islamic worlds.

“We have never heard of ‘Christophobia,’ ‘Judeophobia,’ ‘Buddhophobia,’ or ‘Hinduphobia.’ I am sure that no newspaper, TV channel, or TV show – not in the West and not in the East – would even dare to even speak of a phobia of any [other] group or faction.” 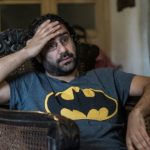 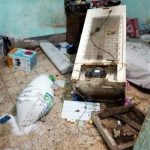