Arab fans of Rami Malek, who scooped the Best Actor award at the 91st Academy Awards on Sunday night, lauded the American-Egyptian actor, describing him as the pride of Egypt and the Arab world.

Although Malek didn’t grow up in Egypt, his Arab fans were still keen to support him on Twitter, as he became the first actor of Arab descent to win the Best Actor trophy, deemed one of the highest acting awards in the film industry.

Egyptian actress Rasha Mahdi, who has more than 300,000 followers on Twitter, posted a photo of the actor clutching the trophy, and said that “he has captured the pride of Arabs after his victory.” 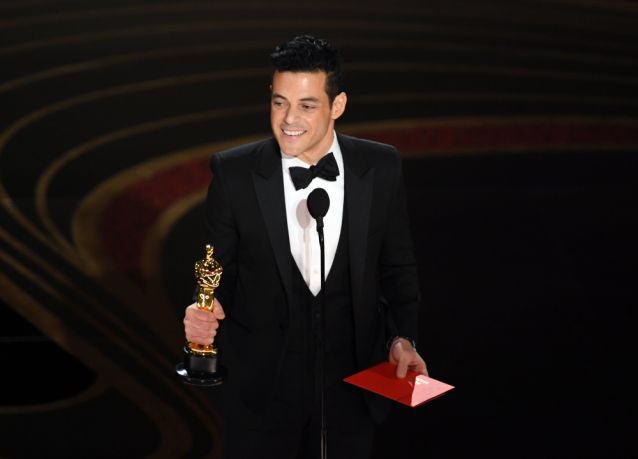 Writer and TV announcer Yasmine El-Khateib described him as a “son of Pharaohs,” alluding to his Egyptian roots. 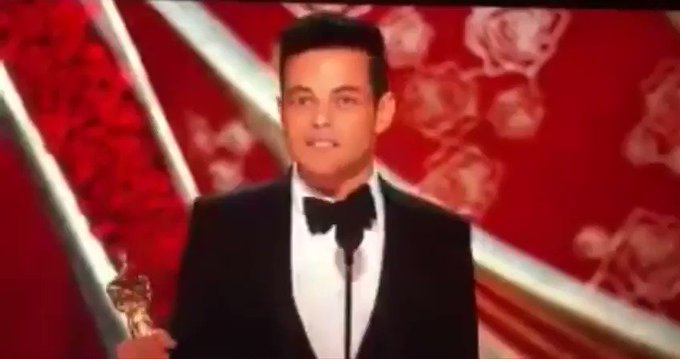 Malek, who won for his role as late rock legend Freddie Mercury in biopic “Bohemian Rhapsody,” highlighted his being born to immigrant parents in his acceptance speech — only fitting as the Oscars have been under fire for its lack of diversity.

“We’re longing for stories like this. I am the son of immigrants from Egypt… My story is being written right now,” said the 37-year-old actor, before thanking everyone who believed in him.

An Egyptian journalist noted how the win “means a lot to immigrants,” adding how Malek has always spoken about “his pride of his Egyptian origins.”

“Rami has previously spoken about his pride of his Egyptian origins, and tonight he will give both of his nations, US and Egypt, a victory that means a lot for immigrants,” Wajd Bouabdallah said. 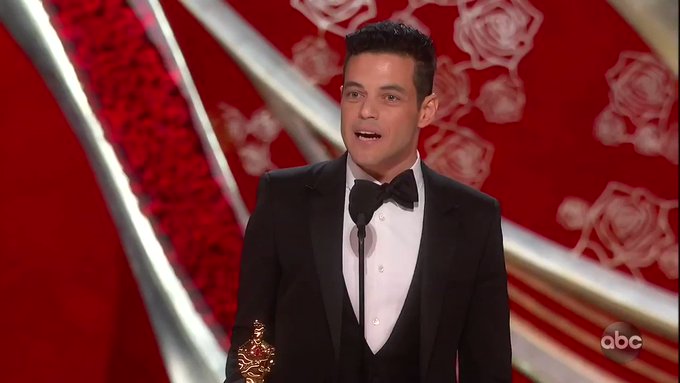 The Egyptian embassy in Washington congratulated Rami Malek in a tweet: “Rami Malek has made Egyptians happy and proud tonight as the first Egyptian-American to win an Academy Award. Congrats, Rami. Egyptians are proud of you!”

“I am not surprised that an Egyptian succeeded and achieved an Oscar award. This becomes attainable since he was provided with a healthy environment that supported creativity and innovative performance,” Ahmed Abdel Alim, a film director and critic, told Arab News.

“The recipe of success here is the one that deserves studying,” Alim added.

Sherif Amer, a talk show presenter, shared the same view, saying: “Congratulations to Rami Malek.. It’s such a great start for a young and talented actor. His origin is Egypt and that’s enough to make us happy, but growing up in the US gave him the chance to win.”

And it’s not just industry insiders who are excited, members of the public are also delighted with the win.

“I am overwhelmed with joy and pride that Rami won this, I am so proud of him. He is so talented and so precious and he really deserved this,” Sara Eshak, a Cairo resident, said. 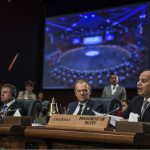 Egypt’s el-Sisi Welcomes European Union Leaders, but Not Their Scolding on RightsNews & Reports 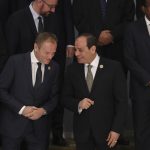 Why the EU is embracing Middle East strongmenNews & Reports