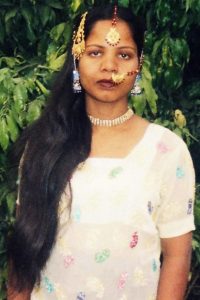 Protesters have taken to the streets after a Christian woman who spent eight years on death row in Pakistan on blasphemy charges was acquitted.

The country’s top court ordered Asia Bibi should be released after the evidence against her was deemed insufficient.

In response to the verdict, supporters of Islamist political party Tehreek-e-Labaik (TLP) condemned the ruling and blocked roads in major cities, pelting police with stones in the eastern city of Lahore.

Ms Bibi, a farm labourer and 47-year-old mother-of-four, angered fellow workers, who were Muslim, by taking a sip of water from a cup she had got for them.

They refused to use a cup from which a Christian had drunk, and demanded she convert to Islam.

When she refused, it prompted a mob to later allege that she had insulted the prophet Mohammed. She was subsequently convicted and sentenced to death in 2010.

Ms Bibi and her family have always maintained her innocence and denied that she made any derogatory remarks about Islam.

The case has been a source of division within Pakistan, where two politicians who sought to help Bibi were assassinated.

Following the verdict street protests and blockades of major roads spread, paralysing parts of Islamabad, Lahore and other cities.

One of the TLP’s top leaders called for the death of the judges involved in making the decision to overturn Ms Bibi’s conviction.

“They all three deserve to be killed. Either their security should kill them, their driver kill them, or their cook kill them,” TLP co-founder Muhammad Afzal Qadri told a protest in Lahore.

“Whoever, who has got any access to them, kill them before the evening.”

The TLP was founded out of a movement supporting a bodyguard who assassinated Punjab provincial governor Salman Taseer for advocating for Ms Bibi in 2011.

Federal minister for minorities, Shahbaz Bhatti, was also killed after calling for her release.

The TLP have a history of holding protests when they believe blasphemous actions have occurred.

They undertook a crippling blockade of Islamabad after small changes to a religious oath taken by election candidates.

Seven people were killed and more than 200 wounded in clashes with the police and TLP’s supporters only dispersed after striking a deal with the military.

Dozens of Pakistanis – including many minority Christians or members of the Ahmadi faith – have been sentenced to death for blasphemy in the past decade, though no one has actually been executed.

Rights groups say the blasphemy law is exploited by religious extremists as well as ordinary Pakistanis to settle personal scores.

The law does not clearly define blasphemy and evidence might not be reproduced in court for fear of committing a fresh offence.

Additionally, at least 65 people have been murdered over blasphemy allegations since 1990, including a 23-year-old student beaten to death on his university campus last year. 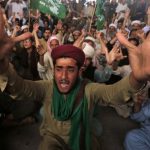 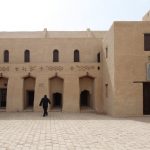