Four Assyrians were elected to the Swedish Parliament in the national elections which took place on September 9. They are Robert Hannah from the Liberal Party (Liberalerna), Tony Haddou from the Left Party (Vänsterpartiet), Robert Halef from the Christian Democrats (Kristdemokraterna) and Ibrahim Baylan from the Social Democrats (Socialdemokraterna).

Ibrahim Baylan has a long political career and served as minister of energy in the last Swedish government. Mr. Hanna and Mr. Halef both won their relection bids. Mr Haddou, from the Left Party, is newly elected and represents the constituency of Gothenburg.

Five other Swedish Assyrians were also running in the elections.

The Assyrian community in Sweden, numbering 150,000 or 1.5 percent of the population, is one of the largest and most successful ethnic groups in the country. 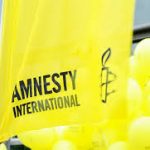 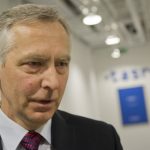