By The Hungary Journal –

Szijjarto said both governments make it clear that instead of importing trouble, help should be taken to where the trouble is.

Meanwhile, the minister announced that Hungary and Syria will jointly refurbish an orphanage owned by the Orthodox community in Homs, a city in western Syria. Hungary and Poland will split the cost of the 340 million forint (EUR 1.04m) project and both Hungarian and Polish humanitarian organisations will be involved, including the Hungarian Maltese Charity Service and the Hungarian Ecumenical Aid, he added. The project is expected to start this year and the orphanage is expected to be finished in the middle of next year. Capacity will increase from 32 to 270 children.

Egyptian Cleric Sheikh Sharif Abadi: The Armenian Genocide Is a Lie Fabricated by the British, the Muslims Never Perpetrated a Racial MassacreNews & Reports 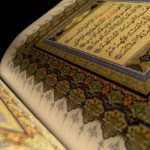