He became the first Christian to hold the post since Fares el-Khoury who served multiple terms before and after the French mandate of 1920-1946.

Before the 2011 outbreak of war in Syria, Christians of 11 different denominations made up about five percent of the population.

Around half of Syria’s 1.5 million Christians have since fled, according to Chaldean Catholic Bishop Antoine Audo.

Christians have tried largely to keep their distance from the conflict, in which they have been targeted by Islamist rebel groups while the regime portrays itself as the secular defender of minorities.

The Islamic State jihadist group, for its part, has carried out mass kidnappings of Christians and destroyed their churches. 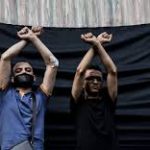 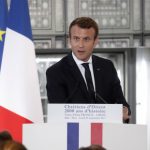