Firstly, I would like to express my appreciation for the opportunity to speak before such a distinguished audience, and on such a sensitive and increasingly pressing topic; one which has dire repercussions on the lives of millions of Egyptian Copts and the future of Egypt. I would also like to thank Coptic Solidarity for inviting me to share my views with you, and more importantly, for their morally principled stance, which they have been able to maintain through such difficult and challenging circumstances.

As most people present here today are aware, Egypt’s Coptic community is enduring a crisis unprecedented in Egypt’s modern history, one that threatens its very existence as an integral part of Egypt. But if we are to be honest, we must admit that this crisis extends far beyond the terrorist attacks that began to systematically target Egypt’s Coptic community since last December. In fact, according to an ISIS’ ideologue, Egypt needs a sectarian conflict to enable Jihad -as was the case in Syria and Iraq- which is facilitated by the deep-rooted institutional
sectarianism in Egypt.

Over the past few years, there has been at least 500 attacks and acts of discrimination against Copts in Egypt. Around 150 of those were attacks on a house of worship, and 75 attacks were on Copts’ properties. The attacks involved around 90 cases of kidnapping, and resulted in the deaths of over 170 Copts.

Of those 500 incidents of attacks and discrimination, around 300 occurred after President Sisi was elected president. Of the 170 deaths, over a 100 took place on President Sisi’s watch, not to mention the 28 Copts whom were killed by the military at the Maspero Massacre in October 2011. The attacks under President Sisi also included 15 mob attacks, which often go unpunished , reflecting the lack of political will to enforce the rule of law to protect the Coptic community. In fact, the only group held accountable for its transgressions against the Coptic community has been the Muslim Brotherhood; although as part of the crackdown on the group and not out of a genuine will to protect the Coptic community. Meanwhile, the government doesn’t hesitate to prevent Egyptians’ solidarity stands with the Copts from taking place.

Ladies and gentlemen, it was under President Sisi’s tenure that the Copts, for the first time in Egypt’s modern history, became officially and legally recognized as a “sect” and not equal citizens; through the passing of the Church-building law and the dropping of Egyptians’ long standing collective demand for “A Unified Law for Houses of Worship.” It’s noteworthy that by the end of 2014, there were more blasphemy cases at court under President Sisi than there was during the Muslim Brotherhood’s rule.  As phrased by Coptic Solidarity in one of its statements: President El-Sisi has empowered Salafists to freely spread their fundamentalist teachings. The hate culture and religious bigotry are also expressed in the application of the “anti-blasphemy” law, which uses religion to suppress freedom of speech.”

It’s not lost on anyone that the Brotherhood’s openly sectarian discourse towards Egypt’s Copts has regularly translated into violence. Let’s not forget that during the “Itahadeya” clashes of December 2012, the Brotherhood’s leadership accused the Coptic community of funding and organizing those demonstrations; effectively inciting violence against Copts. Those accusations were part of a political maneuver to strike sectarian chords to advance a political agenda, even at the expense of an entire community’s safety. SCAF committed the same crime during the Maspero Massacre, when state owned media – controlled by the military transitional government – hysterically called on the people to protect the army from Copts. Both the Brotherhood and SCAF exploited the vulnerability of Copts and played on sectarianism to advance their political agendas; with an absolute indifference towards the repercussions on Copts and the social cohesion and stability of Egypt. In fact, the Maspero Massacre was meant to be a brutal message to push Copts away from uniting with Egyptians in their common struggle for democracy and their rights to citizenship and equality.

After the recent consecutive attacks by ISIS, it became clear that the Coptic community’s elite is at a historically critical juncture, with three options that will determine the fate of the Egyptian Coptic community and Egypt itself.

The first option is to stick to its current course. If it does, then Egypt may be seeing off the last of its Coptic community in a few decades, just as the case was with Egyptian Jews, given the Sisi government’s clear unwillingness and inability to protect them.

The second choice is to seek the aid of the international community and the United Nations for protection, a demand that was voiced by Coptic Solidarity after the Minya attack. While I acknowledge the legitimacy of seeking the international community’s aid in regard to protection and justice, for Copts and the rest of Egyptians, as long as there’s no hope in achieving that on the national level, history and the events that took place in Syria and Iraq have taught us that outside powers rarely have the appetite -and in most cases lack the capacity- to protect “persecuted minorities” before it is too late.

The third choice is for the Coptic community’s elite to embed itself in the liberal democratic movement. To seek equality, justice, and protection for all Egyptians stuck between the monstrosity of terrorism and the brutality of an indifferent dictatorship. It is through the advancement of a liberal democracy that Copts will find long term safety, security, and equality in Egypt.

Finally, I would like to point out that Coptic Solidarity is one of the very few actors with the moral capacity needed for launching this internal debate. All of us, as Egyptians, are at a historical juncture. I have no doubt that in a few years we will be looking at the situation of Copts and tying it down to this moment. The only question is whether we will be looking at an integral Egyptian community or at an extinct or persecuted minority that fled its country. 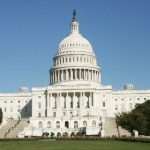