Amnesty International has called for Egyptian authorities to investigate the death of 43-year old Egyptian citizen Gamal Aweida. Aweida, a Coptic Christian, died in police custody after being arrested on July 18 and held in Mansheyet Nasir police station in Cairo for questioning in relation to a forgery offence. Approximately 15 hours later, Egyptian police called his family and alleged that Aweida had hanged himself. Police said that Aweida killed himself in custody, but evidence gathered by Amnesty and eyewitness testimony suggested otherwise. According to two witnesses held in custody with Aweida, the victim reportedly got into a verbal altercation with a police officer because the officer insulted his religion, and then Aweida was taken to a different part of the police station. The next morning, one of the witnesses was being escorted to the bathroom and saw Aweida lying on the floor motionless, and the witness thought Aweida may have been dead.

Najia Bounaim, North Africa Campaigns Director at Amnesty International, said, “The evidence strongly suggests that Gamal Aweida was tortured to death by Egyptian police. Years of impunity have emboldened perpetrators of such abuses in Egypt, giving security forces free rein to torture and ill-treat detainees without fearing any consequences.” The family also filed a complaint with the office of the Public Prosecutor in Egypt claiming that Aweida had been tortured to death. 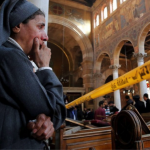 The Spread of Anti-Christian Hatred in EgyptNews & Reports 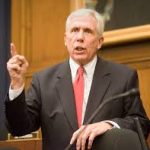