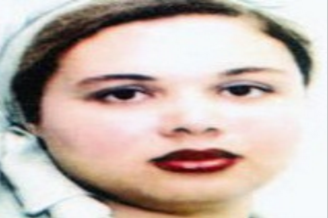 In her August 23, 2016 column in the Egyptian government daily Al-Ahram, Noha Al-Sharnoubi implied that the September 11, 2001 attacks and the terror attacks that have recently rocked Western capitals were all planned and carried out by Western intelligence agencies, in order to justify the occupation and devastation of the Middle East by the West and the persecution of Muslims in Europe. She suggested that the alleged perpetrators of the Europe attacks were scapegoats who were murdered and then accused of the crime. She claimed further that it was no coincidence that the perpetrators of the 9/11 attacks had trained at an American flight school and that most ISIS operatives were Western nationals. It should be noted that her article is couched as a series of questions, leaving the drawing of conclusions up to the reader.

The following are excerpts from her column:

“Officials at a New York school [recently] forced a 12-year-old pupil to sign a false confession that he was a terrorist. The family filed a lawsuit against the school demanding 50 million dollars in compensation. The lawsuit claimed that the pupil, Nashwan Uppal, a seventh grader at a middle school in East Islip, New York, was harassed by fellow students who called him a terrorist and demanded to know what he planned to blow up next. He replied, as a joke, that he planned to blow up the school fence. According to the lawsuit, when school officials heard about this childish exchange they yelled at Nashwan and instructed him to admit he was a member of Islamic State before forcing him to sign a false confession and searching his belongings. Things did not end there, and policemen were called to search Uppal’s home.

“This story reminds me of another incident that happened last year, which you [too] may recall, namely the incident of the Muslim schoolboy in Dallas who was arrested for bringing to school a clock he had made.
“I don’t know who [the Americans] are fooling, us or themselves. What terror are they talking about and associating with Islam or even with extremist Muslims or people claiming to be Muslims? How do they respond to a report by the Syrian Network for Human Rights, which stated that the Kremlin’s airstrikes [in Syria] have killed at least 2,704 civilians since Russia entered the [Syria] war last September, while ISIS has caused the death of only 2,686 civilians [in Syria]. Moreover, is the killing of civilians, women and children by American planes in Afghanistan and Iraq considered terrorism or not?”