In their pure essence, the words ‘Copt or Coptic,’ intertwine linguistically with the words, ‘Egypt or Egyptian,’ as they have the same origin. The English word Coptic stems from the Latin word Coptus, which is derived from the Greek word Aigyptos (Αἴγυπτος), meaning “Egyptian”.

The Coptic language is the last phase of ancient Egyptian phonology. Written in a script based on the Greek alphabet, the majority of Coptic words are taken from the ancient Egyptian language, with the exception of some characters derived from Greek.

In his book, ‘Forgotten Scripts’, Cyrus Gordon stated that “the Coptic Church still preserves the native Egyptian language written in Greek characters, so that we have an unbroken tradition of Egyptian texts spanning about five thousand years.”

Similar to the universality of the English language today, the Greek language was the world’s lingua franca. When the liturgy was later translated from Greek to Egyptian Coptic, the Church kept some relics of the Greek words and expressions, making the two worlds collide.

Professor Rodolphe Kasser of the University of Geneva, Switzerland, described the Coptic language as, “one of the most beautiful, most cleverly structured and most musical in the world.”

The language was divided into different dialects that were largely geographically dependent. Egyptians lived in varied places, and accordingly, the dialects were based on the regions of Egypt that stretched along the length of the Nile Valley.

Philologists divided the Coptic language into two dialects, the Boheiric, and the Upper Egyptian dialects. The Boheiric dialect, which belonged to Lower Egypt, was used in the Delta, while Upper Egypt was home to the Akhmimic, Sahidic, Faiyumic, and Lyocopolitan (Asyutic) dialects. There are also several minor dialects as well as subdialects to the ones mentioned above.

The dialect replaced the Sahidic dialect as the official Church dialect when the Patriarchate moved from Alexandria to Cairo in the 11th century. The Sahidic dialect, from the earliest times, became a neutral dialect used throughout Egypt and eventually gained literary dominance with the extensive writings of Saint Shenouda the Archimandrite.

As described by J. Dyneley Prince in his journal article, ‘The Modern Pronunciation of Coptic in the Mass’, “indeed, so different to the intonation of Arabic, is the tone of the Coptic as uttered by the priests of today that no one can reasonably assert that Arabic has had any influence on the pronunciation of the church language.” It is thus argued that the utterances of the Coptic language in Coptic mass could be the most genuine resemblance of what the ancient languages sounded like.

The Dissolution of the Language

The transition from Coptic to Arabic was a process influenced by many aspects. As the last phase of the ancient Egyptian language, Coptic Christians tried to employ it as their spoken and written language, but it gradually began declining with the introduction of Arabic.

In the journal article ‘Notes on the Coptic Language’, De Lacy O’Leary expressed that “the change from Greek to Arabic in official documents was an aftermath of the Arab conquest, but the change from Coptic to Arabic as the colloquial was more concerned with the spread of Islam as the religion of the Egyptian people.”

O’Leary identified three classes of people in medieval Egypt; one of these classes were the native Egyptian Christians who did not desire to discard the Coptic. He expressed that they gradually became minorities because of the other two classes, the Arab invaders and the native Egyptians who became Muslims, hence, the Christians were forced to adopt the language of the ruling caste.

The grip of the Coptic language grew weaker despite it being used liturgically. The 13th century saw a change in the written and spoken language, as the Copts began writing their theological books in Arabic. Some parts in Upper Egypt, however, continued using the Coptic language until the 17th century.

When Arabic, by necessity, became a language acceptable to the Church, the Coptic language slowly diminished. Once the process started in the late ninth century, it took only a few generations before Arabic replaced Coptic as the most important language for Christians.

There were; however, many attempts to revive the Coptic language in Egypt. In the mid 19th century, Pope Kyrillos IV, the 110th pope of Alexandria, promoted the study of the Coptic language in the schools established as the average priest was unable to read the Coptic alphabet. Influenced by Pope Kyrillos IV’s attempts, Iqladiyus Labib was the first person to initiate the first movement that attempted to revive Coptic as a spoken language in Egypt. Labib began teaching the language to his family members in order to revive it as a daily spoken language. He was adamant at reviving the language, especially for local Egyptians, because he believed it to be the language of the homeland and the ancestors, a language of science, religion, research, honor, and glory.

“In order to be called an Egyptian, not nominally but actually, one has to learn his Egyptian language, its literature, its wisdom, and its traces. On this basis, a person can properly be called Coptic or Egyptian, either Christian or Muslim and vice versa,” he concluded. 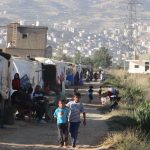 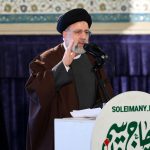